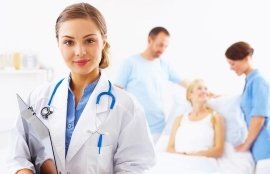 Hippocrates (who lived 460 BC) - known as the founder of modern medicine, said: "Do not touch the iron part of the body, controlled by the sign that now passes the moon." He warned that no doctor should operate on that part of the body that is controlled by the sign of the Zodiac, in which, at the time of the proposed operation, the Moon will be located. Well, modern doctors, today, too, follow the commandments of Hippocrates. For example, it's no secret that the lunar calendar has long been widely used in planning surgical operations.

Concerning the rules of surgical intervention in separate parts of the body, we can say the following: the transition from the influence of one sign of the Zodiac to the influence of the other is carried out gently, the change of forces does not occur in one minute or even an hour. For example, if in the lunar calendar two days in a row are marked with the sign of Taurus, then on the first day Aries' influence is still felt, and on the evening of the second day the Gemini sign begins to influence. Therefore, when choosing the day of the operation, see if the neighboring sign can have a negative impact. City New York.