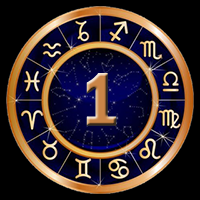 The person of such a person is full of dignity, energy and will. Often he is arrogant and harsh, says when he wants, and interferes in the affairs of others when he is not asked about it. Expressed the desire to prove himself as a strong and self-confident personality with bright leadership qualities. There is a tendency to idleness and laziness. Such people like to think on the scale of the whole society, but in relations with specific people, they often display contempt and condescension. They always require a place for themselves and attention. Invariably full of cheerfulness and love to show others their strength and vital completeness. To all the cases started, they are violently, actively, sharply and imperiously, take everything fiery and resolutely for everything, love to bring it to the end. The character is durable, stable, not prone to change. There is a tendency to express authoritative opinions and a consistent logical substantiation of the argumentation. Perception and self-expression are bright and dramatic. It is a type of "theatrical actor", accustomed to swimming in the energy of admiring admirers. Such a person largely perceives the whole world, and himself through energy flows, volitional onslaught, fiery enthusiasm and a storm of emotions. If you want to attract attention to you and take you seriously - dress brighter, straighten your back, raise your head and light your eyes with the fire of admiration for its virtues. If during a conversation with you he does not dissolve the "peacock's tail" and even stoops and looks away - that means you are completely indifferent to him, or he is afraid of you. This bright personality is given considerable external power over people and the gift of control over the inner world of man. But it is very difficult for him to use these abilities with wisdom and tact, since he is inclined to take a great interest in his own energy and direct strong-willed power over others, forgetting about the emotions of others and the need for an objective view of himself and his actions. In the absence of an objective examination of one's own personality, such a person can become a conceit, a fanfare or a dumb despot, whose ingenuous vanity is easily exploited by ingenious Aquarius enemies. This is a strong personality, easily dominant over others. Sincere romantic and straightforward idealist. If you do not learn generosity, you can be stubborn and undisciplined egoist. Proud and self-centered. He loves applause and admiration in his address. Sometimes people around do not know what to expect from it, since behavior can vary widely: from excessive temper tantrums to calm restraint.