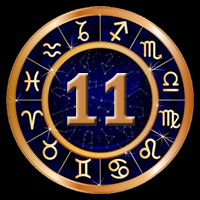 Such people always try to actively establish new friendships. They easily forget old friends and willingly adhere to new companies and groupings, setting up a lot of acquaintances and connections. But they also return to the abandoned friends as easily, without difficulty establishing contacts. They like to make up groups and associations, express their hopes and desires vigorously, vividly and aggressively. Often they try to achieve their goals with unexpected, new techniques and approaches, showing boldness and ingenuity. Such people in a certain sense are dangerous for the integrity of the group, and therefore the collective must control and correct them, skillfully directing their enthusiasm in the right direction and keeping under constant control. This person is irreconcilable to group shortcomings and shortcomings, he hates lazy people, liars, sycophants, squanderers and snooters. At the same time, he always stands for immediate group action and aspires to switch activity of all in the most interesting, actual and promising direction as soon as possible. He does not understand that time and effort are required for the restructuring and reorientation of group work. Sometimes such a person becomes irreconcilable and runs the risk of quarreling with the group forever, or falling into depression, having received a social inferiority complex. From him to the group and back regularly there are flashes of enthusiasm and energy, well coordinated with the activities of the team. His ideas are practical, he can perfectly organize the work in the external world, he is able to attract the harmonious forces of the supporters of the group task with his energy, enthusiasm and charm, facilitating the expansion of the group and the influx of new people. Often such people are very efficient in groups, although they tend to attribute collective successes to themselves personally and do not notice the contribution of others to the common cause. Relations with friends are warm and sincere. In friends, such a person values ​​courage, generosity, loyalty and sincerity, as well as patience with his energetic and sometimes gross antics. Such people like to work in large groups and large organizations. They have considerable authority and become managers without much difficulty. They love and know how to manage others, basing their activity on an intellectual approach. Friends and co-workers gladly agree to become their followers. They often lack tact and skill, they are often involved in quarrels. They are often charged, which can provoke the formation of unpleasant emotional problems. Ambitiousness is high, but goals are also high. The aspect is favorable for politicians, since it informs the ability to influence the masses.

Such people always try to actively establish new friendships. They easily forget old friends and willingly adhere to new companies and groupings, setting up a lot of acquaintances and connections. But they also.. go →

The circle of friends is selected by such a person with particular thoroughness. He prefers to attract balanced and prosperous people of various interests, from bankers to artists. Its great role in choosing a.. go →

The main criterion in the selection of friends such people - intelligence, wit, education and ease of communication. And in friendship, and in ideas, and in projects, such people most appreciate the surprise,.. go →

To friends such people are treated as members of their own family. They are strongly attached to them and are extremely painfully experiencing not only loss, but even separation from them. To group work such.. go →

Such people need strength and confidence coming from outside, so they like to make friends with influential and talented people. Their own creativity and self-expression are very closely related to the.. go →

In the selection of friends such people are always quite practical. At the same time, for the sake of their friends, if they need help, they can try their best and selflessly put everything to the last, serving.. go →

In friends such people most appreciate artistry, independence and high artistic taste. Sometimes they enter into marital relations with friends or business partners. Their plans and ideas are inclined to.. go →

In friends, such a person most appreciates enterprise and dynamism, as well as the ability to come to the rescue at any time. However, in relation to his friends, he is very cautious, and sometimes completely.. go →

The circle of friends of such a person is always diverse and sometimes chaotic, the desire to contact other cultures and foreign countries is especially pronounced, therefore it is important that friends.. go →

In friendship, such people most appreciate constancy. Their thoughts are constantly aimed at the desire to guarantee themselves safe from trouble, so they choose friends as permanent, reliable, conservative.. go →

Such a person is distinguished by volatility in friendly relations and unpredictable twists in the development of joint programs. Such a person successfully establishes relationships with youth and is able.. go →

In relations with friends, such a person harmoniously combines wisdom and subtle emotionality. In the choice of friends, he is guided by both emotional impressions and intuition, which saves him from the.. go →