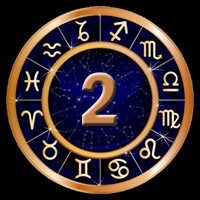 Such a person is usually lucky with finances, he is able to multiply them, actively expanding the scope of his activities. As a rule, he has sufficient means to achieve his far-reaching goals. Often such people finance scientific, religious and charitable institutions. Often they become employees of foundations, economists or historians. Ethics of such a person is characterized by breadth. He will not trifle and demand from the outside world of surrender. True, he himself does not always pay his bills, legally bearing in mind that he gives more than he takes, as often it happens. But at the same time, he receives from the outside world a lot of free and, as it were, taken for granted gifts, which, from his point of view, do not count (for example, exceptional luck when solving financial problems). For the relationship of such a person with the environment is characterized by frankness and straightforwardness, sometimes reaching a tactlessness, general benevolence, extreme fascination with the idea that grasped the idea and completely ignoring all that is unpleasant and does not cause enthusiasm. The value system has a joyful-energetic coloring. Such a person likes freedom, festivity, general merriment, fireworks and bright colors, and therefore he appreciates what this is provided. In the world around him he sees a certain energy idea and appreciates everything that corresponds to it, while ignoring everything else. With a low development, such a person quite vigorously seeks to "pocket" the whole world, and more than enough to earn money from him. At a high level, he begins to appreciate the ideological and spiritual values ​​on which the world itself is held, and then he ardently and vigorously builds and supports them in a Sagittarian manner. He needs to take into account the general group ethic that allows him to mentally analyze the situation in a twin way, which allows him to closely monitor the enthusiasm of Streltsy. Usually financial problems of such people are successfully resolved. He is liberal, he likes gambling, in which he often wins. Generous and ready to share his property with others. Spiritual and has psychological abilities. He is able to earn money thanks to travel and teaching. Rare encounters with troubles and lack of cares can make him either weak-willed or apathetic, or overly self-confident in financial matters.

Such a person is inclined to earn money by implementing new projects, developing booming energy and spending money impulsively and excessively. He is not inclined to notice the facts and events that he is forced.. go →

Such a person is practical and easily adapts to the situation. He can easily earn the required money under any circumstances, but there is a tendency to squander his income on luxury goods. For him, the.. go →

Making money is due to the introduction of original ideas and practical application of the mind, allowing a person to fully use the available material opportunities. Such an individual never limits himself to a.. go →

Due to his resourcefulness and a special sense of profit, such a person can earn money, wherever he turns out to be. He instinctively knows what other people need, and therefore is able to create capital,.. go →

Such people are often very lucky in financial affairs. Money they like to spend on children, at home, at the family. The earnings are often associated with the occupation of influential posts and connections with.. go →

In monetary matters, such a person displays pettiness and pedantry. He appreciates cooperation, actively involves friends in his financial plans, likes to earn money confidently through working in a large,.. go →

These people in risky businesses often involve partners and loved ones. They themselves have the talent of magnetically attracting money to themselves, which are designed to meet their needs for comfort. The.. go →

This person is very inventive and knows how to make money in unexpected and sophisticated ways. He has the talent to turn a completely useless bauble into a valuable thing. Money squanders very quickly,.. go →

Such a person is usually lucky with finances, he is able to multiply them, actively expanding the scope of his activities. As a rule, he has sufficient means to achieve his far-reaching goals. Often such.. go →

To money such a person is responsible, practical and ambitious. He never spends money thoughtlessly and unreasonably, as they need him to accumulate guarantees of the reliability of achievements and the.. go →

Money such a person earns by unusual original ways, cooperating with groups and organizations, often participating in corporations. Financial success is often associated with very expensive innovations and.. go →

This person is too generous and impractical in property and financial matters. True, sometimes it is this generosity that brings him an unexpected profit. He loves beautiful things, but does not yearn for them.. go →