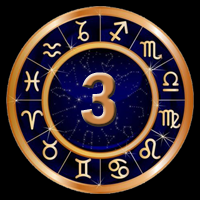 In communication and interaction such people are resourceful, perceptive and assertive. Their creative thinking is bright and unexpected, the language is laconic and sincere. They like to clearly pick up expressions and correctly build phrases that are perceived by others as evidence of inner strength. For a word in your pocket, such people never climb. In relations with relatives and colleagues, they are straightforward, laconic and categorical. They do not like to spread their plans and trips. They build their speech in harmony and connectedness. In relations with people, they are emotional and uncompromising, but tend to remain silent, rather than loudly and in vain resent. If they suddenly start to talk on the merits, then they express everything they think, throwing out a load of destructive criticism on the interlocutor. With a low development, they are intransigent to others and a full projection of their guilt on them. The social environment they perceive as aggressive and often seek to simply destroy the partner in communication, he sat in something wrong from their point of view. To prove to such a person that he is deluded in something is very difficult, since in doing so, logical arguments run into an outbreak of uncontrollable anger, which the person himself does not register, because he does not consider himself excessively emotional and aggressive. With high development, the level of personal demand and responsibility in relations with people increases; reveals the ability to bring their social ethics into line with the mission's life programs, so that a person is partially freed from the influence of the social subconscious, consciously sharing his own attitudes toward communication and external stereotypes. At training such people are strongly fixed on the teacher, refer to him very emotionally and extremely vigorously react to his bias. To such an overly sensitive student, even mild and just remarks seem to be cruel and inhuman criticism. With such students it can be very difficult to behave correctly, and it is sometimes impossible to love them sincerely. It is necessary to overcome the emotional attitude to the process of study and the complete cessation of samopodstva about the imaginary inability to learn. Then the ability to deeply comprehend the subject develops, opportunities for effective teaching are opened. Has exceptional purposefulness, can be secretive and suspicious. Is inclined to care in mysticism and esotericism. In conversation, he carefully and accurately chooses words and uses speech as a weapon. Carefully recheck everything before making a serious commitment. He is not very talkative and listens more than expresses his own opinion. Due to the inherent "harm" it can sometimes make a very keen judgment about another person. Wit and spirituality often distinguish the style of his communication. Analytic, easily accumulates knowledge and has a wonderful memory. Can become an excellent literary and art critic.

This person becomes uncompromising and aggressive when it comes to the correctness of his usual ideas and about the ways he can explain the world. He often turns out to be a fierce rival of his brothers and.. go →

His thoughts such a person draws slowly and thoroughly. All perceived likes to think and never in a hurry with making decisions. He does not like to change his mind, and if it is still necessary, the new takes.. go →

Such a person is known for his originality in communication, discussions and information retrieval. He is smart and clever in expressions, especially flattering when others notice it. He likes to argue with.. go →

The connections of such a person with other people are very changeable and subject to the influence of emotions. To relatives, relatives and neighbors, he is caring and sensitive, gentle and trustee. Any trips.. go →

Such people manifest their inner strength in various forms of creative thinking and energetically implement their ideas. They think broadly and communicate dramatically, the ingenuity of the mind manifests itself.. go →

This aspect helps to clearly and clearly express thoughts in both written and oral form. Such people accurately formulate their ideas and always make them practical and feasible. Any movements and contacts by.. go →

Such a person likes to clothe his thoughts in elegant and beautiful forms. He is friendly, respectful and just in dealing with close relatives and neighbors. He likes to write, is capable of prolonged.. go →

In communication and interaction such people are resourceful, perceptive and assertive. Their creative thinking is bright and unexpected, the language is laconic and sincere. They like to clearly pick up.. go →

These people are actively interested in religious and social ideas, considered by them as a means of establishing order and harmony in society. Adore to consider all kinds of philosophical problems. They.. go →

Such a person is very cautious and restrained in expressing his thoughts. He does not say anything and does not write without good reason, and therefore many consider him closed, dry and silent. He always.. go →

Their views such people are presented witty and interesting. They are constantly visited by intuitive insights, which they successfully precede in materialized affairs. Their thinking is both practical and.. go →

This person is surrounded by mystery and mystery. He is very thin in communication and extremely sensitive in his actions and thoughts. All the ideas that thrive him feed on intuition. Such people like to keep.. go →