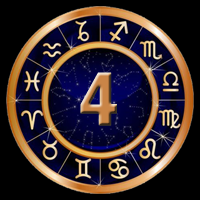 In his home, such a person is many and often grumbling, indignant and instructive. He can not tolerate the intrusion of others into the sphere of his home, he leads a very active, stormy and full of strange psychological events in the house, but does not allow anyone to enter it. The house for him is a personal grotto in which he shelters from the annoying attention of others. Such a person does not like to let in strangers. He loves to observe the active life of his family members. Often such people arrange in their own home a sort of crammed-room into which others do not dare to show their noses. Life positions are stable, direct and sometimes nihilistically destructive: "The world is so bad that it can be corrected only through annihilation." Such a person is not characterized by pity, he is harsh in his judgments about values ​​and moral attitudes and is straightforward in expressing his own positions. There are often bursts of unmotivated emotional aggression and strange flashes of joy in the failure of others. Such a person needs to carefully monitor their deep motivation and the final awareness of their true life positions. Both it needs to be constantly adjusted, in accordance with specific external life goals. Such a person likes to rebuild his own house, even from the outside it looks like a general cleaning or takes the form of an ordinary catastrophe. The religious experiences of such a person are very strong and acute emotional. Often he insists on their truth, not refusing and direct violence against others in order to assert their own rightness. His house is inclined to protect such a person, but he throws out things that he does not like. He often in anger rearranges furniture and radically rearranges the interior. Such a person needs all his households to constantly develop, so that he will always be interested in competing and interacting with them. Emotionality and sexuality are strongly emphasized, and therefore sexual failures related to the marriage partner are especially acute. Has deep and strong sensations and uses his vivid impressions in order to convince others. Parents were not very intuitive and careful, and therefore his rebellious behavior led to frequent conflicts and tensions. Often such people leave their parents' home early. There is a strong need to succeed in life, using pressure and energy. True, this often leaves a person alone, because others spontaneously repulse from him, not wanting to come into contact with a tense force. His intuition and sensitivity are extremely high, but others can not notice it. Often such people in adulthood suddenly acquire a large inheritance.

Such a person is very aggressive in everything that concerns home life and family relations. A house for him is a battlefield and a space for expressing one's own emotions, very violent, hot and fiery. Such.. go →

This person loves an elegant and luxurious home and, without hesitation, spends a lot of money on his arrangement to create a delightful emotional atmosphere in which you can enjoy art and music. He takes care.. go →

Such a person likes to travel often and is inclined to change his place of residence. Sometimes it is difficult to understand where he lives - at home, with his parents or at the dacha. His house is decorated.. go →

Domestic life gives such a person the deepest emotional satisfaction. He works within his own home with great pleasure and is in excellent relations with members of his family. To the affairs of the house and.. go →

Home and family are the foci of expressing the creative life energy of such a person. He exposes his house for show and openly demonstrates his standard of living and his own creative possibilities. Guests are.. go →

Such people prefer to take work at home, or even arrange so that the whole professional life does not go beyond the walls of the house. They are happy to take care of their family, but sometimes "get it" with.. go →

In their own home, such people most of all like beauty, art and jewelry. Their everyday surroundings are artistically and culturally. They surround themselves with beautiful objects, to which they are deeply and.. go →

In his home, such a person is many and often grumbling, indignant and instructive. He can not tolerate the intrusion of others into the sphere of his home, he leads a very active, stormy and full of strange.. go →

For such a person it is very important that the house is luxurious, spacious and cozy, so that everything in it lay and stood in its place and not shifted to no avail. The host accepts such visitors.. go →

Such people like to have all the things in the house lying in their places. They are very organized, orderly and disciplined. Their home is their own closed world, to which they pay much attention and in.. go →

Home and family environment is always unusual and it changes radically and unpredictably. Such people prefer to take friends at home, and not to go to visit them. Friends, acquaintances and employees who come.. go →

A house for such a person is a place of solitude, completely hidden from the eyes of strangers. Such people like privacy, isolation and prefer to communicate with others outside the walls of their own home. The.. go →