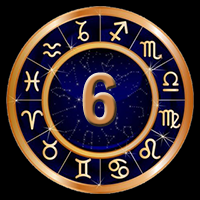 Such a person restores lost strength in the process of intense work and directed transformation of reality. Such people love to translate their working ideas into reality, radically changing everything and starting everything anew. Their most successful activity is in the field of criminalistics, in banking and insurance. In work such a person resolutely manifests his own dedication, mobility and resourcefulness. He is perceived by all as a good researcher, able to penetrate into all the details of the charged case. For his studies, he spends a lot of energy, both physical and emotional, and therefore very tense refers to the moment of victory and the achievement of the peak of the implementation of the planned programs. Successful completion of a working project usually restores its strength. To maintain health, emotional and physiological satisfaction is of the utmost importance. If such a person is accustomed to suppress his desires and needs, sooner or later he inevitably falls ill. To the work process, such people are extremely emotional, although sometimes they do not notice it. They hate all the hack-work and suffer deeply when it is impossible to reform the routine environment and radically improve the assigned work area. With a low development, they are not so much eager to raise their professional level, how much they get used to shifting their blame on others. The work itself must be connected with qualitative changes in the subject of labor, otherwise this person becomes bored. His relationship with the tools is very complex, on the one hand, he wants to own and use them fully, on the other hand, he sometimes starts to hate them when the work goes badly. He needs to constantly improve the technique of work and the means of labor, then they will create miracles in the service. The state of health is accompanied by a lack of need for self-esteem - emotional and physical. In full health such a person is calm and satisfied with both physiology and deeds. With increased suspiciousness and a tendency to self-destruction, which develop as a result of dissatisfaction with one's own labor, all kinds of neuroses, depression, chronic peptic ulcer and other disorders are formed. It is absolutely necessary for such a person to constantly rebuild both the psyche and the physical body in a constructive direction. He has a great ability for mental self-control and management of physical and etheric bodies. For recovery is useful a moderate amount of positive emotions and complete peace. He does not tolerate routine and monotonous work. It is distinguished by exceptional purposefulness and professional concentration, endurance and diligence. Sometimes the nervous system overstrains, which leads to a deterioration in health. He needs to learn to reduce the pace of work and limit his employment. However, it will be very difficult to master it. This is not a simple person, he is inflexible with respect to habits and states. There are serious health problems associated with the intestines and the reproductive system.

When such a person needs to solve an extremely difficult task, he shows all his energy and resourcefulness. He is extremely capable and able to act on his own initiative. It is a born leader, adoring to command.. go →

Such a person is guided by work, which gives a concrete result immediately and in full. At the same time, he strives for aestheticism in his work, works artistically and accurately. Hard work likes to be.. go →

This person seeks to realize himself in intellectual activity. In the organization of work, he is very inventive, can simultaneously do a lot of things. It is inherent mobility in the programs that are running,.. go →

Such people have a strong group instinct. They are focused on community co-production, prefer to work in the active atmosphere of the working collective and treat their employees as part of the family. Such.. go →

Usually such people are very power-hungry in their relations with employees and subordinates. When it comes to their work and the other services they provide, they are filled with a sense of authority and own.. go →

The work of such a person is distinguished by accuracy and thoroughness. It is neat and classy. True, it often fails to bring it to the end either because of a lack of time, or because of a drop in interest in.. go →

Such people are more successful in their work when working with a partner. They work perfectly together with others in the sphere of consumer services. For them, it is very important to be able to rely on.. go →

Such a person restores lost strength in the process of intense work and directed transformation of reality. Such people love to translate their working ideas into reality, radically changing everything and.. go →

The activity of such a person needs complete freedom and looseness. In his work, he is confident in the usefulness of positive thinking. Engaged in an elected case, he does not spare his own strength,.. go →

To a profession such a person takes very seriously. His work is always associated with ambitious plans and ambitious aspirations. He works systematically and consistently, not regretting himself or others,.. go →

This is an original creative worker, striving to bring to business relations friendliness and elements of informal interaction. He considers his employees to be friends and likes to take part in the.. go →

Such people need selflessness and understanding attitude to employees. They generally take on a lot more than they can actually accomplish. This often leads to confusion and great problems. There is a danger of.. go →