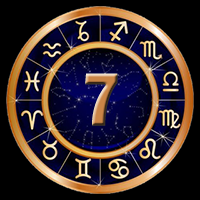 These people tend to attach great importance to the choice of a partner on the principle of ideological proximity. They take the ideological, ethical and religious-philosophical preferences of the companion very seriously. Their relations with the society are harmonious and stable, and they usually choose partners as reliable, pleasant and promising. In general, all of their relations - from political to family ones - are usually formed successfully, although this does not preclude the possibility of a second marriage. If you have to part with someone, then such a person tries not to bring the matter to a real break, but can keep a pleasant relationship for the future. In partnership and companion relations, he seeks to lead others for himself, even if it requires him to take on a part of their burden. Such people are usually law-abiding, if the situation does not suit them at all, they are trying to change the laws themselves. It is a sharp, strong, fast and intrepid warrior, causing the enemies a feeling of overwhelming fear. With a low development, he is inclined to boast of exaggerated and imaginary victories over the enemies. His enemies, although numerous, still rarely get to the goal, having only time to designate for such a person those directions in which he must strengthen his defense. As a partner, he is pleasant, cheerful, cheerful and optimistic, sometimes too much. Such a person is inclined to take a lot on himself. He at all costs strives to fulfill his obligations to others. If this does not work out, he calmly shifts his worries to a partner or writes off failure on objective circumstances. In general with him it is better in joy than in grief. With such a loved one it's hard to miss. He always laughs and rejoices at the arrival of the spouse in the house, which is very decorating the marriage. True, in difficult moments clearly lacks prudence, and in moments of quarrel the clash may be more traumatic than both would like. He is so curious, expressive and friendly that he sincerely loves many people, and that's why it's hard for him to love one person. He does not want to bind himself and limit himself. The more freedom he will have in marriage, the more he will be happy, and the longer the marriage will last. Perhaps several marriages. Friendship is more important than love and sex, and he will respect the partner who understands this. If he manages to find a true partner and does not marry early, he will idealize the person with whom he lives, and will try to please him in everything.