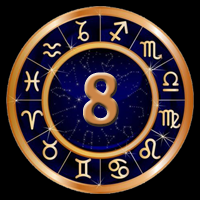 Complex difficult situations such a person overcomes easily and freely, because he can always soberly comprehend the alleged options for exits from critical situations. The lightness in decision-making, especially concerning attraction of extra means, is noted. Often, such people are in danger of becoming entangled in debt. They perfectly manage the common capital. Psychological crises are well monitored and controlled, although they never have time to understand them to the end, for this they lack either restraint or time. In general, such people are superbly coping with large information arrays, directly related to money and property. Often one way or another, they turn to the problem of death and deal with the deeds of the dead. They are keenly interested in everything mysterious and beyond, they are always ready to take part in the discussion of mysterious problems. Extreme situations such a person is able to overcome playfully and artistically, in which he is helped a lot by mental modeling of the crisis. He is inclined to think carefully about all the details of the upcoming changes. With disharmonious development, the life of such a person turns out to be full of destructive, contradictory and unpleasant changes - from the change of wife and country of residence to the change of sex and religion. He should avoid the superficiality of analysis and judgments that can lead to a prolonged crisis and his transition to a chronic condition. In general, to understand this person is much more difficult than it seems at the beginning. Large internal problems in his case are composed of a large number of small hooks and small dead ends, kaleidoscopically replacing each other. He perfectly expresses in words public opinion on issues of group ethics and ideology. His attitude to the needs of the team is purely rational, without unnecessary emotions, it is subject to changes in the course of a specific group work. To a hidden reality, such a person shows a purely mental interest - at first he seeks to learn about all this, and then proceeds to mental manipulation of the psyche of those around him. The ability to hypnosis and auto-training is noted. Such a person is interested in everything related to the mystery of life and death. He will not rest until he reaches a higher level of understanding. To all pathological inclinations is wise and cautious. Very interested in the occult. More often he is interested in the mental, not the sexual side of the relationship, although he often likes to talk about sex a lot. In relation to others, such a person often makes sharp and categorical judgments. However, he hardly recognizes his own mistakes. Can devote himself to writing, scientific research or sexology.