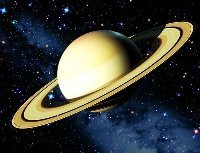 Here Saturn is visiting the Sun, in a fiery sign, in exile.

Therefore, in the worst case, since Saturn is exiled, it will be difficult for you with creative output, it is difficult to realize yourself. You can even be awakened by complexes, which are most often associated with the potential for the manifestation of potential abilities. You feel great creative forces in yourself, but often experience difficulties in their implementation, you may find it difficult to understand yourself, you can remain "high hopes" if you have a lot of talent. It's very difficult for you to reveal yourself. Such people feel very much dependent on worship and worshipers, because they need constant feeding. As a rule, they have exacerbated all elitist moments of the manifestation of Leo: snobbery, the desire to create caste and elite, it is possible to communicate with a very narrow circle of people, arrogance, fragmentation.

In the worst case, at a low spiritual level, this can lead to the fact that, by burying your talents, you will not allow to reveal yourself to the abilities of others. Sometimes there are allegedly incompetent actors, in fact they are talented, but they can not reveal themselves, and instead of working themselves out - they prevent being revealed to others, trample them, squeeze them. According to mythology, this is Saturn - Kronos, devouring his children. Such people can be endowed with incredible pride or arrogance.

Or it will manifest itself on a different level, such people are often childless. If children are, then emotional ties with them are often hampered or dissolved. Usually, in this situation, you can try to realize your unfulfilled dreams in children, compensate your own failures in this way, you are very worried and worried about your children. This is a difficult situation, because a person says something like this: "I'm a loser, I could not realize myself, I did not get a great man out of me, but you, son, must become great ..." And the son can have completely different intentions and inclinations. Even if parents do not force the child to go to this goal, the load of expectation that they put on him, in many ways, delays the possibilities of his own manifestation.

In the best case, this position of Saturn forms pride and endurance, you prefer to get to your senses with your mind, do not like to negotiate, ask, do not like to be obligated to someone. Self-taught, you do not ask for help, in particular, do not like to lend and lend. The excellent qualities that Saturn gives in Leo include the ability to creatively rethink any system, develop their systems. That is, you can become the creator of a new system, new values, new approaches. not always it will be social systems, but they always remain after the departure of their creators.

In general, the payment for misconduct for people with Saturn in Aries occurs instantly, and for people with Saturn in Leo, the "pleasure" of retribution can last for up to 15 years - when Saturn is in antiphase. It should be noted that Saturn teaches you independence, pride, endurance, require understanding in the problems of creativity and increased attention to children.

During the transit of Saturn, the sign of Leo needs to treat children with double concern and their specific problems. Transit Saturn in Cancer is dangerous for old people, and in Leo - for children. In society, this time is favorable for creative people, but in the worst case, society can tear off the creative personality, subject it to persecution. Possible large infant mortality, cold. stable winters. There can be terrible dictatorship, suppression of talents, crimes against children.