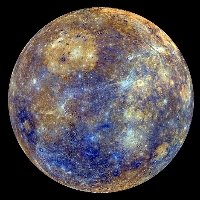 Here Mercury is visiting Mars, so the thought arises suddenly and captures you whole. Here he gives you impulsive thinking.

Probably, you are able in a short time to do a tremendous job of processing information, in its comprehension.

But perhaps, understanding is not quite evenly, or you can delve into the essence of what is happening with different speeds. In addition, your energy of thinking is enough only for a short time, then comes a period of apathy, everything may seem uninteresting. If you fail at the same time, then depression may occur.

The type of your thinking is the so-called synthetic mind; you are able to take some elements of mental constructs, knowledge, theories, ideas and create something of their own. But you may not have enough consistency, because Aries is a sign that is characterized by instant flashes. You take everything by storm, jerk. The systematic work of the mind is not for you. Probably, you are very fond of your projects, ideas and thoughts, and if you come up with some theory, you will be completely captured by it for some time, nothing else will exist for you. In addition, we must take into account Aries' penchant for polar estimates, for dividing everything into black and white. For example, even if some theory was not brought out by you, but simply believed in it and you liked it, everything else you can discard, because. it's hard to be in the middle.

In moments of creative periods, Mercury in Aries can give you a very large number of thoughts at the same time. The tremendous energy that flows through you will give rise to many different ideas and, in general, intellectual values, and in such quantities that you will sometimes set them down not consistently.

In this case, you start quickly, much and hotly speaking, trying to captivate the interlocutor, having inspired his ideas. You want to capture, subjugate and defeat him. Most likely, you are an avid debater with inexhaustible fighting spirit and a sense of humor, close to irony. Probably, it is not interesting for you to talk for a long time or this conversation will be perceived by you as a struggle. In disputes, you are most likely biased and sensitive, and in any communication, strive for leadership.

Usually it's rather difficult for you to build an even relationship, because if you object, you immediately begin to prove yourself right, and that your point of view is the most reasonable. However, you are characterized by sharp observation and the ability to find weaknesses in the opponent's logic.

Most likely, you are sometimes hot-tempered and intractable, and definitely inclined to exaggeration in communication. Because you have a black and white vision, the information that passes through your consciousness will be "polarized." These polar assessments and perceived by others as an exaggeration, even when you say the truth (because in your presentation strongly shifted accents).

And in thinking, you seem to be one-sided, although it is possible for you to instantaneously change the position to the opposite. It is rather difficult for such a person to understand that there may be middle positions. you are irrepressible, restless, and sometimes it is difficult for others to communicate with you, although you are straightforward, open and long not silent. Sometimes you are harsh, especially offended, you can immediately tell the person everything that you think about him and in an obviously exaggerated kind, and then forget about it, because you are not shy. But after you have spoken out and cried out, you have the ability to adequately perceive, and before that you have no objection.

The most characteristic manifestation of Mercury in Aries is the desire for excellence and self-affirmation through thinking.

Here Mercury is visiting Mars, so the thought arises suddenly and captures you whole. Here he gives you impulsive thinking. Probably, you are able in a short time to do a tremendous.. go →

Here Mercury is in the earth sign, visiting Venus. As a rule, you do not make quick decisions. Apparently, you have a judicious, but somewhat slowed-down mind, even slightly.. go →

Here Mercury is in its abode in an air sign. This position of Mercury implies an abundance of contacts, communication and information. Twins - this is a sign that requires updates,.. go →

Mercury in Cancer gives you figurative and associative thinking, even mythological, because Cancer is a sign of the elements of Water. But that's why it's possible that sometimes it's.. go →

Here Mercury is in the fire sign on a visit to the Sun, which gives a synthetic consciousness and creative mindset in the presence of good logic. You and your meditations are always.. go →

Mercury in Virgo is in the earth sign at home and visiting Proserpine. This is perhaps the most powerful position of Mercury. Apparently, you have a very clear, logical, consistent.. go →

Here Mercury in the air sign, visiting Venus and Chiron. This is one of his strong enough positions. In your thinking, as a rule, aesthetic criteria prevail. Almost always you check.. go →

Here Mercury is in the sign of the element of Water, visiting Mars and Pluto. Therefore, most likely, you have an acute and acrid mind, sometimes malice and sarcasm, fault-finding.. go →

Here Mercury is in a fiery sign on a visit to Jupiter. This is one of the weak points of Mercury. Since thinking goes under the great influence of the ideological attitudes that.. go →

This is one of the best positions of Mercury. Here he is visiting Saturn in the earthly sign. You definitely have a very high ability of mental concentration. Thinking at you,.. go →

Here Mercury in the air sign is visiting Uranus and Saturn. You may have a penchant for paradoxical thinking, upheavals and changes in one's own opinion, a great need for freedom... go →

Here, apparently, is the weakest position of Mercury, since it is in the watermark on a visit to Neptune and Jupiter, i.e. There is a very strong influence of ideological attitudes.. go →