Zygmund Freud - the story of the dream book 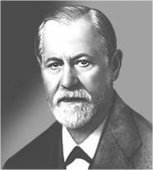 Sigmund Freud is the best known of the founder of psychoanalysis, which has had significant impact on psychology, medicine, sociology, anthropology, literature and art of the twentieth century. Freud's views on the nature of man were innovative for his time and throughout the life of the researcher. Interest in the theories of the scientist does not fade even in our days.

Among the achievements of Freud, the most important are the development of the three-component structural model of the psyche (consisting of "It", "I" and "Super-I"), the identification of specific phases of psychosexual personality development, the creation of the Oedipus complex theory, the detection of protective mechanisms in the psyche, the "Unconscious", the discovery of transference and countertransference, and the development of such therapeutic techniques as the method of free associations and the interpretation of dreams.

Despite the fact that the influence of Freud's ideas and personality on psychology is undeniable, many researchers consider his works to be intellectual quackery. Almost every fundamental for the Freudian theory, such as Karl Jaspers, Erich Fromm, Albert Ellis, Karl Kraus and many others. The empirical basis of Freud's theory was called "inadequate" by Frederick Crews and Adolf Grünbaum, psychoanalysis was christened by Peter Medavar as a "fraud", Karl Popper considered the pseudoscientific theory of Freud.

During his life, Freud wrote and published a huge number of scientific works. He held the title of Doctor of Medicine, Professor, Honorary Doctor of Law at Clark University and was a member of the Royal Society of London, holder of the Goethe Prize, was an honorary member of the American Psychoanalytic Association, the French Psychoanalytic Society and the British Psychological Society. Not only about psychoanalysis, but also about the scientist, many biographical books have been published. Every year more works are published about Freud than about any other psychology theorist.