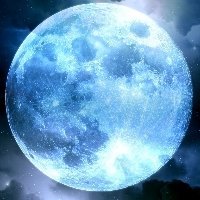 This aspect of the moon gives a person sensuality and emotional susceptibility. He is romantic, impressionable, soft, loyal to friends, in a romantic relationship is permanent. He is able to be very attentive and caring, sincere, cordial, sincere, sentimental, sensitive, generous. For the sake of friends and loved ones is capable of much, including serious sacrifices. Strongly attached to the family.

A man whose horoscope the Moon is in Cancer is distinguished by his homeowness, the ability to conduct housekeeping and love of life. In his house, everything is always cleaned, washed, ironed, prepared. Even if he just left the hospital, he immediately rushes to clean up, because he can not live in the mud. Ability to maintain cleanliness and appreciate in the partner.

Such a person is frugal, not inclined to waste large sums of money. If you meet a lunar Cancer during a depression, during a difficult life period or just a person with unfulfilled upbringing, then you will face a mood of capricious and nervous, inclined to mood swings, emotionally unstable, experiencing difficulties with communication, timid, dependent and buying up.

Communication . This is a man whose habit is not to change friends and partners. He is attached strongly and for a long time. The same applies to principles, opinions and tastes. Lunar Cancer can not stand, when they try to press him, to climb into his soul. Therefore, in every possible way, he tries to protect himself from such attacks. He does not like being pushed around and manipulated. It is not a soul unraveled, it does not open before the first counter. However, sometimes it is so naive that he trusts everyone who has shown the slightest interest in him. He was not going to become a waistcoat or a psychotherapist - and the lunar Cancer had already laid out everything that was on his mind, and was offended that his problems showed insufficient interest. Such situations he perceives extremely painful, especially since he likes to take care of others, is always ready to listen, to help if not by deed, then at least with a word. Such a person needs a patron who, in turn, will instruct and protect him.

Aspirations . It is easy to affect lunar cancer, it's easy for him to spoil the mood. He is quite observant and has good intuition, but he is completely alien to suspicion, because often he does not notice treachery in people. Inclined, on the contrary, to exaggerate dignity. The wise man builds dreams and fantasies, in which he sees his future as unreal beautiful, and gives acquaintances simply with angelic qualities, often thinking out the character of completely alien people. In the period of apathy he is engaged in all the same fantasies, but already with a minus sign: the future sees in black, and people - all the same traitors and deceivers. In such situations, he tends to shift the blame for his failures on others. For all naivete, the master of behind-the-scenes intrigue, on occasion, knows how to lie and deceive even the lie detector: it will lie, even then, with a pure heart. But in others, insincerity can not stand, loves, when they behave honestly and truthfully. He is offensive, but does not like to offend and wound others.

Emotionality of the lunar Cancer does not harm his intellect. As a rule, he is well educated, even if he was engaged exclusively in self-education. She reads a lot, watches scientific and educational programs, easily learns everything from mathematics to playing the piano. Especially since to music, as well as to writing (especially poetry), he has pronounced abilities.

Lunar Cancer has a dislike for conflict and struggle. Peaceful, can not stand to cut through walls and move mountains. Likes when everything turns out easily and quickly, otherwise it becomes irritated and falls into apathy. At the same time it is by no means passive. In his work, he must see a certain meaning, for example, improving the lives of others. The work is zealous.

Life plan . Despite the increased emotionality, in life's adversity the lunar Cancer exhibits striking psychological stamina and flexibility. Whatever happens, Cancer will endure the trial and overcome the melancholy. The presence of ill-wishers can upset him much more than everyday troubles or a problem at work. His numerous knowledge and considerations on various issues do not consider it necessary to express anyway. Not chatterbox, though not a pathological silence, simply does not like to shake the air in vain. But if he says - then how will he cut off what is called, rarely, but aptly. Lunar Cancer is not a fan of long-term trips, and traveling to distant countries is not particularly tempting. Homebody. He will prefer to spend vacations at home or in the country, because he loves nature very much.