What dark spots on the moon? 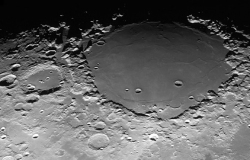 In ancient times people believed that the landscape on the Moon is the same as on the Earth, dark spots are the seas, and the bright spots are dry land. However, with the development of science it was proved that there is no atmosphere on our satellite, and therefore - of liquid water on its surface. After a series of numerous studies and observations, scientists were able to compile detailed maps of the unique lunar landscape. Dark spots were huge craters, which were formed as a result of a collision with celestial bodies and were flooded with liquid lava. They continue to be called seas, as in ancient times. 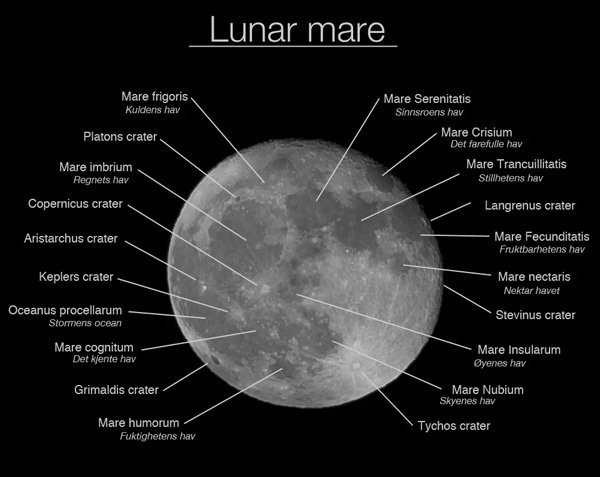 With the help of a good pair of binoculars you can find out a lot on the surface of the eternal companion of the Earth. Clearly visible are the dark lowlands (seas). Craters and mountains are distinguished by relief shadows along the terminator line (the boundaries between the illuminated and shaded areas of the surface). In the full moon, you can see the bright stripes radially diverging from the craters. Probably, it is a ground, thrown in all directions by a blow of a meteorite.

Craters occupy up to 40% of the entire visible lunar surface. Our satellite is always turned to the Earth by the same side, on which most of the craters are located. Only recently, with the development of technology, man managed to look at the reverse side of the moon. In addition to the usual relief, there is a huge depression 12 km deep and 2,250 km wide, the largest in the entire Solar System.

The closest to the earth is the celestial body 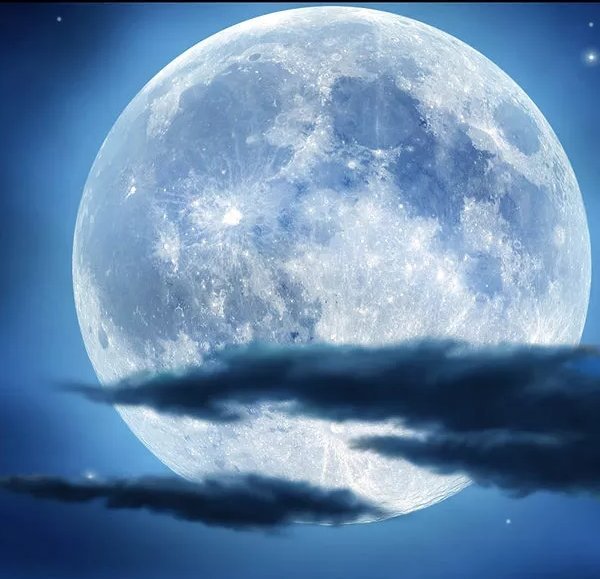 The moon is the largest heavenly body closest to us. The distance to it is approximately 384,467 km. The appearance of the Moon changes in accordance with the phases, which are repeated at strictly defined intervals. People in ancient times drew attention to this, so one of the first calendars, which they began to use in everyday life, was the moon.

The particles of light from the Moon reach the Earth in 1.25 seconds. But this is the light that moves the fastest in the universe. And people even on a space rocket need to get to the moon for a week. So our eternal companion is not so close. Suffice it to say that the length of the earth's equator is ten times smaller than this distance.

In the afternoon, the sunlit surface of the Moon is heated to 130 ° C, and the "lunar day" lasts almost half a month. At night, the surface temperature on our satellite decreases to minus 160-170 ºС. Thus, there is no question of any life on the Moon.

Analysis of the samples of the lunar soil showed that the surface of the Moon, like the surface of the Earth, was formed as a result of the solidification of the basaltic melt. Therefore, the lunar seas are, most likely, frozen lakes of volcanic lava, and there has never been water in them.

The lunar seas are the largest parts of the Earth's satellite surface. Frozen lava is characterized by a darker coloration than the rest of its surface. The seas are lowlands, the largest of which is called the Ocean of Storms. There are also bays, lakes and marshes. On the other side of the moon there are also seas and lakes, but they are much smaller and they are small in size.

As mentioned above, the surface of the lunar seas and oceans is covered with a dark substance. Mostly it is dust that has settled over millions of years, but there are also outcrops of dense volcanic lava. It erupted in large numbers once from the lunar volcanoes. Therefore, on the surface of the seas there are numerous hills and even low mountains.

Dark spots, that is craters, are the most characteristic feature of the lunar surface. On Earth, too, they are missing, only all of them are "disguised" either by the waters of the ocean, or by vegetation. And Luna carefully keeps these heavenly "autographs" - both ancient and comparatively recent.

For many millennia, the Moon has amazed the earthlings with its beauty and mystery. The greatest contribution to solving her riddles was made by such great scientists as Galileo, Kepler, Newton, Euler and many others.