Characteristics of the signs of the zodiac 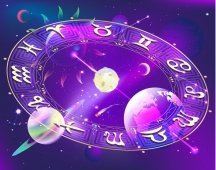 Interpreting the role, the relationship of the planets and the features of their position relative to each other, astrology is able to present a complete and comprehensive picture of human destiny, its potential, based on a birth horoscope. Nevertheless, people born in a certain period have in common common characteristics and characteristics, which allows us to distinguish them into the 12 basic signs of the Zodiac.